Middlewich has a long and rich heritage, which we’re extremely proud of. We have a dedicated Middlewich Heritage website, please click here to visit.

During the Industrial Revolution, Middlewich saw the converging of its three canals – the Trent & Mersey, the Shropshire Union and Britain’s shortest canal, the Wardle Canal. The Trent and Mersey canal was constructed first in 1777 and was followed in 1829 and 1833 by the Shropshire Union and Wardle canals respectively. As a result of these developments, the town became a significant junction for canal traffic during both the 18th and 19th centuries and its population expanded considerably.

During this period Middlewich had a booming salt industry, and was additionally renowned for its dairy and silk products. Subsequently, the canals were used to link the town with local, regional and world markets, bringing wealth and prosperity to many Middlewich businesses. At this time in our town’s history, canals were considered excellent investments, and our well-connected waterways attracted a number of contemporary industrialists who put money into developing the canals.

Beneath Middlewich are geological deposits containing brine, the source for salt. During medieval years, brine pits were dug and the saline water was pulled out by bucket and sent along pipes or wooden conduits to the salt-houses, or ‘Wych-houses’ as they were known – hence the ‘wich’ suffixing our town’s name. Here, the brine was boiled to make the salt which generated Middlewich’s wealth.

Technological innovation in the form of canal construction meant that narrowboats were used to ship salt across the country, rather than the pack-horse or wagon. By the late 19th century shafts were sunk in search of new brine sources, and pumps were used to lift it into the saltworks, a process which would come to establish Middlewich’s chemical industry.  The expansion of this industry lead to many businesses, such as Bisto and British Salt, setting up factories along the banks of the Trent & Mersey Canal.

There has been a settlement in Middlewich since at least AD 70, and bounteous evidence of our past has been discovered, such the Harbutt’s Field fort, pottery and Trajan coinage.It is thought that Romans settled in Middlewich due to it being located on major waterway and travel junctions, and ultimately, because of its salt supplies. Middlewich thus served as a major site of salt production for Roman settlers and their descendants.

Initially Middlewich was used as an auxiliary base for the Roman army, but went on to specialise in salt-working. Evidence of this history has emerged through excavations at Middlewich sites, with brine springs and storage tanks being significant findings. Many excavated artefacts can be viewed at Middlewich Library.

Middlewich has a rich Norman heritage, which lives on in the spectacular Grade II* listed St Michael and All Angels Church which is situated in the heart of the town. Originally built as a Norman stone church, most of the church we see today was rebuilt in the early and mid-nineteenth centuries, although elements of Norman Architecture are still evident.

It was during this period that Middlewich was established as a place of size and importance. In celebration of our Norman heritage, Middlewich has hosted themed festivals, produced a Norman Middlewich tapestry and established links with the Normandy town of Venables.

During the English Civil War, Middlewich was the site of two battles between the Royalists and the Parliamentarians. 1643 saw two conflicts – the 1st and 2nd Battles of Middlewich.

The 1st Battle of Middlewich took place between King Charles I’s Royalist supporters under Sir Thomas Aston, probably the best-known representative of the King at the time, and the Parliamentarians under Sir William Brereton. The 2nd Battle of Middlewich, with the Royalists being led by Lord Byron, saw the loss of over 200 Parliamentarian lives and led to the major Royalist setback which was the Battle of Nantwich. Please visit the Middlewich Heritage Civil War page here to find out more. 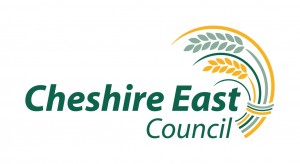 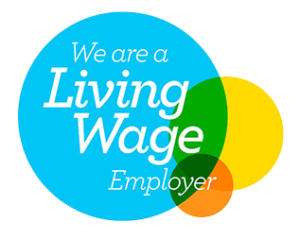 This website uses cookies to improve your experience while you navigate through the website. Out of these, the cookies that are categorized as necessary are stored on your browser as they are essential for the working of basic functionalities of the website. We also use third-party cookies that help us analyze and understand how you use this website. These cookies will be stored in your browser only with your consent. You also have the option to opt-out of these cookies. But opting out of some of these cookies may affect your browsing experience.
Necessary Always Enabled
Necessary cookies are absolutely essential for the website to function properly. These cookies ensure basic functionalities and security features of the website, anonymously.
Functional
Functional cookies help to perform certain functionalities like sharing the content of the website on social media platforms, collect feedbacks, and other third-party features.
Performance
Performance cookies are used to understand and analyze the key performance indexes of the website which helps in delivering a better user experience for the visitors.
Analytics
Analytical cookies are used to understand how visitors interact with the website. These cookies help provide information on metrics the number of visitors, bounce rate, traffic source, etc.
Advertisement
Advertisement cookies are used to provide visitors with relevant ads and marketing campaigns. These cookies track visitors across websites and collect information to provide customized ads.
Others
Other uncategorized cookies are those that are being analyzed and have not been classified into a category as yet.
SAVE & ACCEPT
Font Resize
Accessibility by WAH
Welcome to our new website

As you can see we’ve had a new website built, this means there may be some information missing or in a different location. If you are struggling to find what you’re looking for, give the office a call on 01606 833 434 or email admin@middlewich.org.uk.